Golf photography is unlike any other sport. There are so many facets to it – the style, emotion, scenery – it’s fascinating, yet overwhelming. A golf photo has versatility. For instance, there are golf photos appropriate for the guest room bathroom, then there are photos for the living room and if daring enough, the dining room. Regardless of style or taste, each photo has a place in a golfer’s home. This post shares 7 golf photos and where they could go in your house.

In 1930, the year Bobby Jones won the Grand Slam, the British Amateur was held at St. Andrews. Below is a picture of Bobby Jone being hoisted by the crowd as he holds up his famous putter, Calamity Jane. Bobby became such a crowd and city favorite, in 1958, he was awarded with the Freedom of St. Andrews. The only other American bestowed with such honor was Benjamin Franklin. Watch his acceptance speech here.

Place in the house for “Carried Like a King:” – The Smoking Room. END_OF_DOCUMENT_TOKEN_TO_BE_REPLACED

The game and cigarettes have always had an interesting relationship. After reading Bernard Darwin’s essay titled The Golfing Cigarette, a post was warranted. Growing up, cigarettes were a part of my experience – the long drag remains in my father’s pre-shot routine.

In Darwin’s essay, he conveys 5 (of many) different types of cigarettes on the golf course. They are:

Golf and cigarette’s relationship has been like any other; good times and bad times ebb and flow. In the early years of competitive golf, it was viewed as disrespectful to smoke in a match. Americans slowly morphed the perception as even the great Bobby Jones took a few drags during critical moments.

Unquestionably the pinnacle of golf and cigarette’s relationship was during the commercialized boom years of golf. The years of post-war golf seemed to curb the stigma and when the likes of Ben Hogan and others made it a habit, the act was more accepted; proven by the King’s promotion of LM’s (image below).

The relationship of cigarettes and golf today is still strong, but more subtle. Although, an opponent lighting up a Camel is in no sign of disrespect, it’s more likely to be perceived as a weakness. Vernacular has even changed. Smoking cigarettes, is no longer called smoking cigarettes, but ‘ripping nails’ is just as easily interpreted in the golfing elite’s terminology. 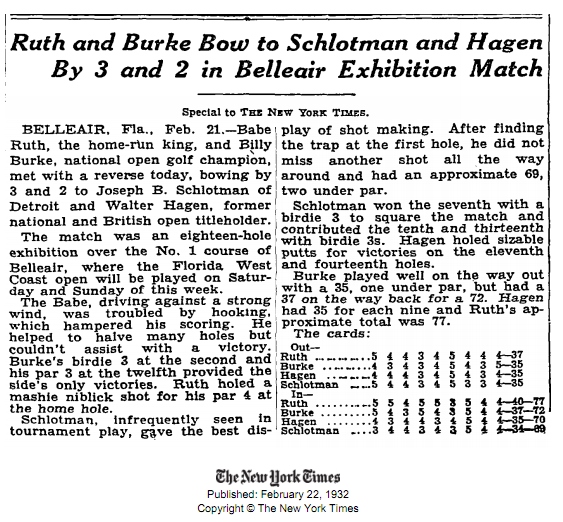 Before there was a professional golf tour, many of the game’s greatest players earned money by competing in exhibition matches against each other. There was no better ‘exhibitor’ than Walter Hagen. A man with a larger than life personality and a grandiose lifestyle to match it. To draw the widest audience as possible, celebrities of that time would also join in on the competition. END_OF_DOCUMENT_TOKEN_TO_BE_REPLACED 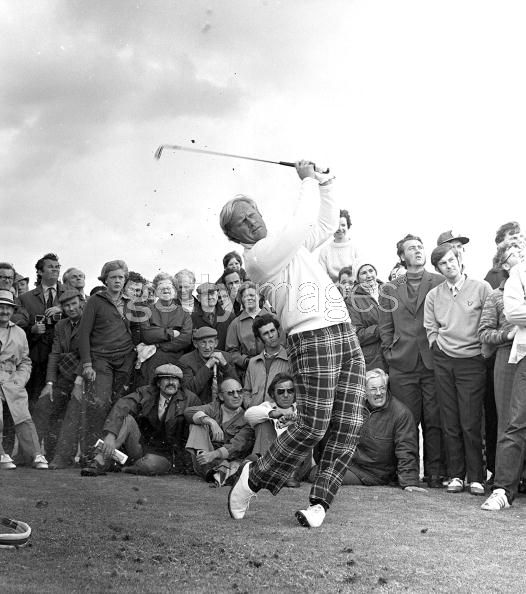 I love this photo. It shows appreciative fans who want to see one of the greatest work his craft. This is how golf should be spectated…even today. END_OF_DOCUMENT_TOKEN_TO_BE_REPLACED