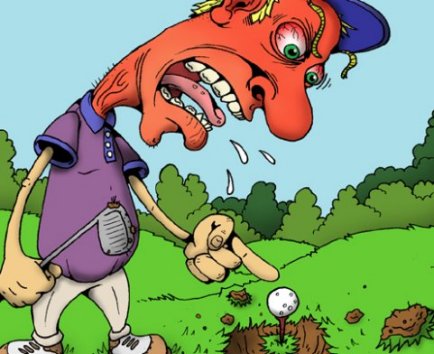 What is it about golf that has me sooo thoroughly entertained by witnessing these train wreck-like situations on that beautiful, green, professionally manicured rug that breaks the will of very rich men just as much as I admire the magnificence and execution of the game when it’s played at its highest level?  I’ll probably never know…

In any regard, I found myself sinking into my couch at the way too late/way too early hour of the morning sipping on some Ginger Peach Turmeric tea (excellent flavor, btw…) and in a haze decided to look up ‘miserable golf shots’ which turned out to be one of the best half asleep decisions that I’ve made in quite awhile…or at least since the last time I decided to hit the snooze button at 11:43 a.m….which was a little over 5 months ago…Anyway…I digress.  A little distraction for the day never hurt anybody…  Enjoy!

My biggest take away is that European announcers are very subdued when it comes to the art of dissing golfers poor play and execution on a professional course.  The Detry/Pepperell sequence (‘3:50-‘5:00) was particularly tough to watch, but the play-by-play was so seamless and smooth the tragedies got built up in a awkwardly comfortable sequence.  The diplomatic nature of their telecast still drips with an  immense amount of shade and makes me feel like I’m watching golf highlights at Masterpiece Theater (Age exposure ref) 😉 …

Of course, here on the sunny side of the drink, there’s nothing like getting some good ol’ fashioned real-time emotional reactions of astonishment, bewilderment and sheer disbelief from Jim Nantz and co.

Tommy Morrisey was born with one arm due to a blood clot. At just 3 years old, this little prodigy has a swing better than most of us. Watch this below video (or click here) of Tommy smacking the golf ball over 100 yards – a great piece of inspiration!

Watch this amazing shot off the road from Charl Schwartzel (click here), the 29-year-old former Masters champion, at the par-4 16th hole at the 2014 Volvo Golf Champions, Durban Country Club in South Africa. With approximately 150 yards to a hole with no clear path, it was a bold move by Schwartzel  to draw off the concrete rather than playing it safe. The blind shot flew over the trees nearly went right into the cup making it one of the best recovery shot we have ever seen.

Following up on our series on iconic golf moments, below we share photographs of key moments in the game of golf. Have we missed any?

At times pro-golfers get a bad swing and the ball may well end up stuck in a tree. Well, when that unfortunate event happens there are 3 ways out for a continuing play,

a. Unplayable – Declare the ball unplayable under Rule 28 and take a one-stoke penalty

b. Lost Ball – One-stoke penalty and return to the spot if the previous stroke and replay the shot

c. Play It as It Lies – Meaning, climb the tree, get into a position and take a swing at the ball. By doing so you avoid the one-stoke penalty.

On the tour, where every stroke counts, the process are apt to choose option c – see the famous examples of Bernhard Langer and Sergio Garcia. These guys really do have every swing in their bag! 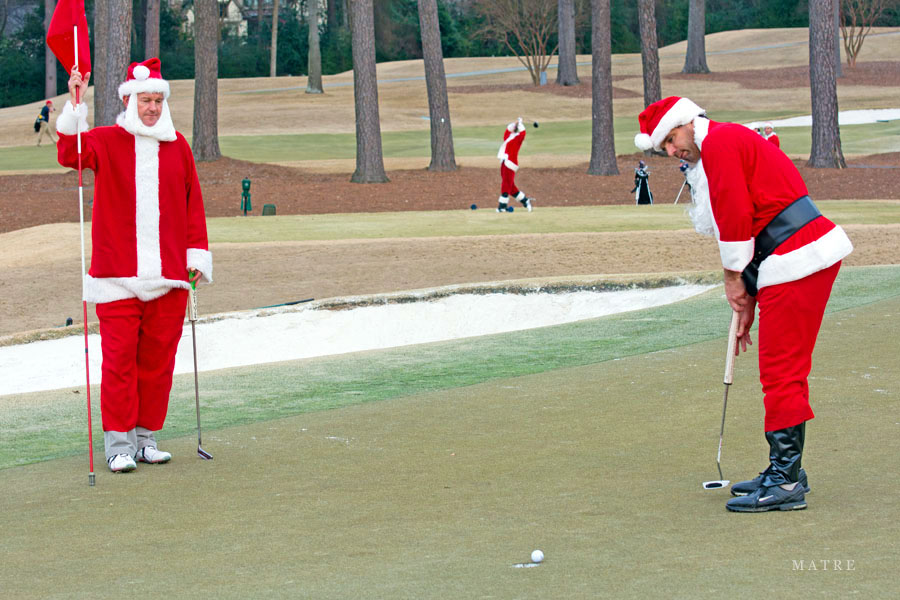 Robert Matre‘s passion for photography was born on a golf course, when he took his camera to a practice round for the WGC- American Express Championship in Atlanta in the Fall of 2003.  Over the past ten years, he has photographed over 50 tournaments, including eight consecutive U.S. Opens from 2004 – 2011. To see more of his work click here, and prepare to be mesmerized.

Murray Irwin “Moe” Norman was a legend. He was arguably one of the best ball strikers ever.

His accuracy and ability to hit shot after shot perfectly straight gave him the nickname “Pipeline Moe”. But it is unfortunate that many don’t even have heard of him, probably because of a short career. He turned professional in 1957 but played just 27 PGA tour before returning to play in Canada after a bitter experience with the officials. But nothing can take away the serious talent he possessed and we’ll never know what he might have achieved if he had a longer career.

Watch this below video (or Click here) on Moe Norman. Truly inspirational!

Following up on our first post of iconic golf moments, below we share photographs of key moments in the game of golf. Have we missed any?