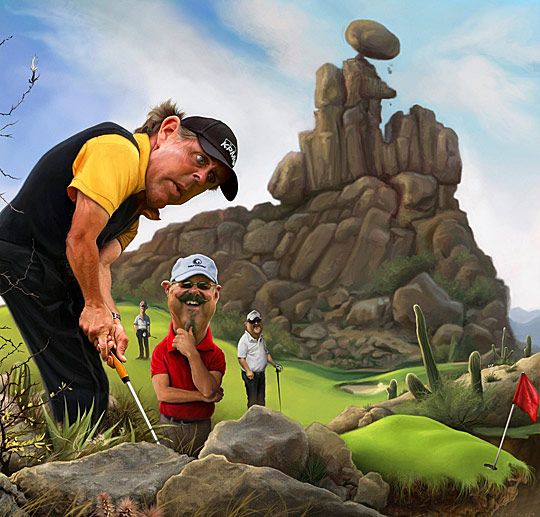 Phil’s back!  This time offering us a tutorial and a short video that provides us with some insight  into his eccentric putting game.  Mickelson demonstrates how to slice and draw the ball while maintaining a natural structural form.  The trick is in the way Lefty tweaks the mechanics of his forearm, wrists, and feet ever so slightly on the fly depending on the scenario he finds himself in.  Clearly, this is a man who suffers absolutely 0 fear when facing a daunting shot, making Mickelson one of the most daring, creative and confident golfers of his generation.

Although he’s been labeled a bit of an adventurer when it comes to shot selection, there is certainly a method to his quirky madness.  Mickelson views the golf course through a Matrix-like lens, in which the dirt is green, water hazards don’t exist, and jumping into the maw of a quadruple bogey is nothing to worry about.

In Phil’s World:  Life is too short…

AN APPROACH FROM THE LEFT

Mickelson has always been held with lore within the pga tour community with numerous peers opining on his “creative” putting game over the years.  after an extended period of time, things began to stabilize.  Always flexible and never rattled, Mickelson’s ability to make constant adjustments in the middle of events actually speaks more to his high golf I.Q. 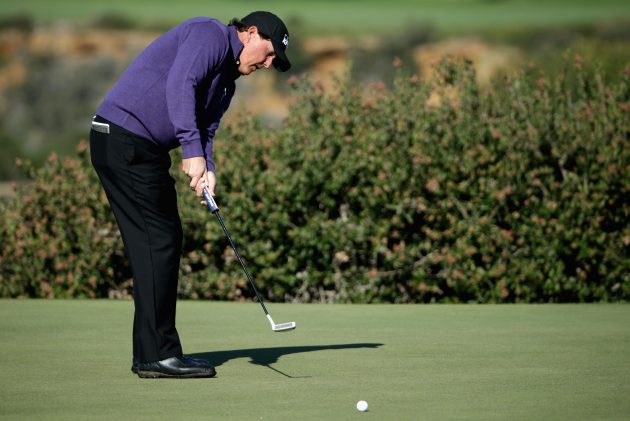 Phil starts his stroke with a forward press of the hands, which gets them ahead of the ball and takes a little loft off the putter

Known for his unconventional use the claw grip for short putts and a conventional grip for everything else, Mickelson once said that the claw helped take his lower hand out of the stroke on short ones and produce a “softer hit.”

“I start every ball on line, and I feel like on short putts, it’s more effective…Once the stroke gets a little bit longer than a certain point, I start to lose some of that feel and touch. But there’s so much better extension, and it’s such a softer hit without having that bottom hand on the club like I like it.”

A BONUS LESSON: HOW TO MAKE MONEY (ONCE ESTABLISHED ON THE PGA TOUR)

Lefty’s ALWAYS printing money.  In 2015, Mickelson topped the golf world in earnings, clocking in at a cool $50.8M, edging out Tiger Woods by $200K.  Of his total earnings, $48M came from endorsements.  Never shy to take a poke at himself, Mickelson’s side hustle as a brand ambassador, to anyone who will meet his ruthless price, has actually exposed some pretty entertaining material (see Lefty’s “Dance” Lessons in Vol.1…) 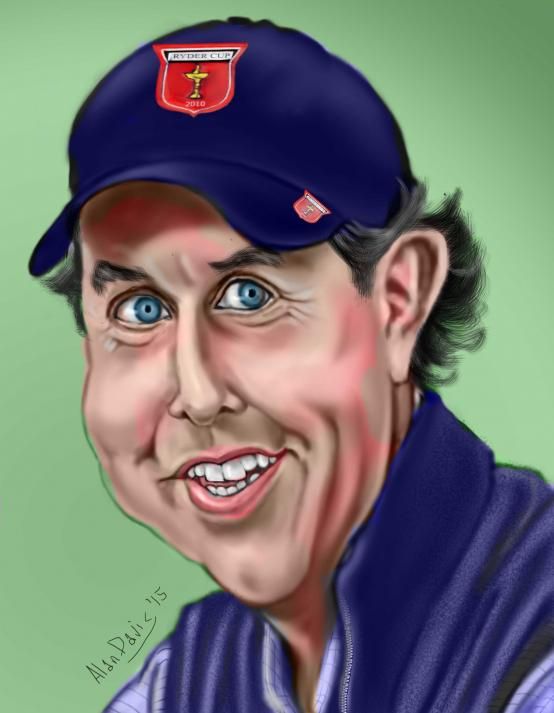 As a competitor, 5-time major champion Phil Mickelson’s playing style is described by many as “aggressive.” His strategy toward difficult shots (bad lies, obstructions) would tend to be considered risky

Mickelson’s excellent short game draws the most positive reviews, however, most of all his daring “Phil flop” shot in which a big swing with a high-lofted wedge against a tight lie flies a ball high into the air for a short distance.  Here Lefty takes the time to go over the delicate art of chipping:

Lefty Getting Chippy Wit It 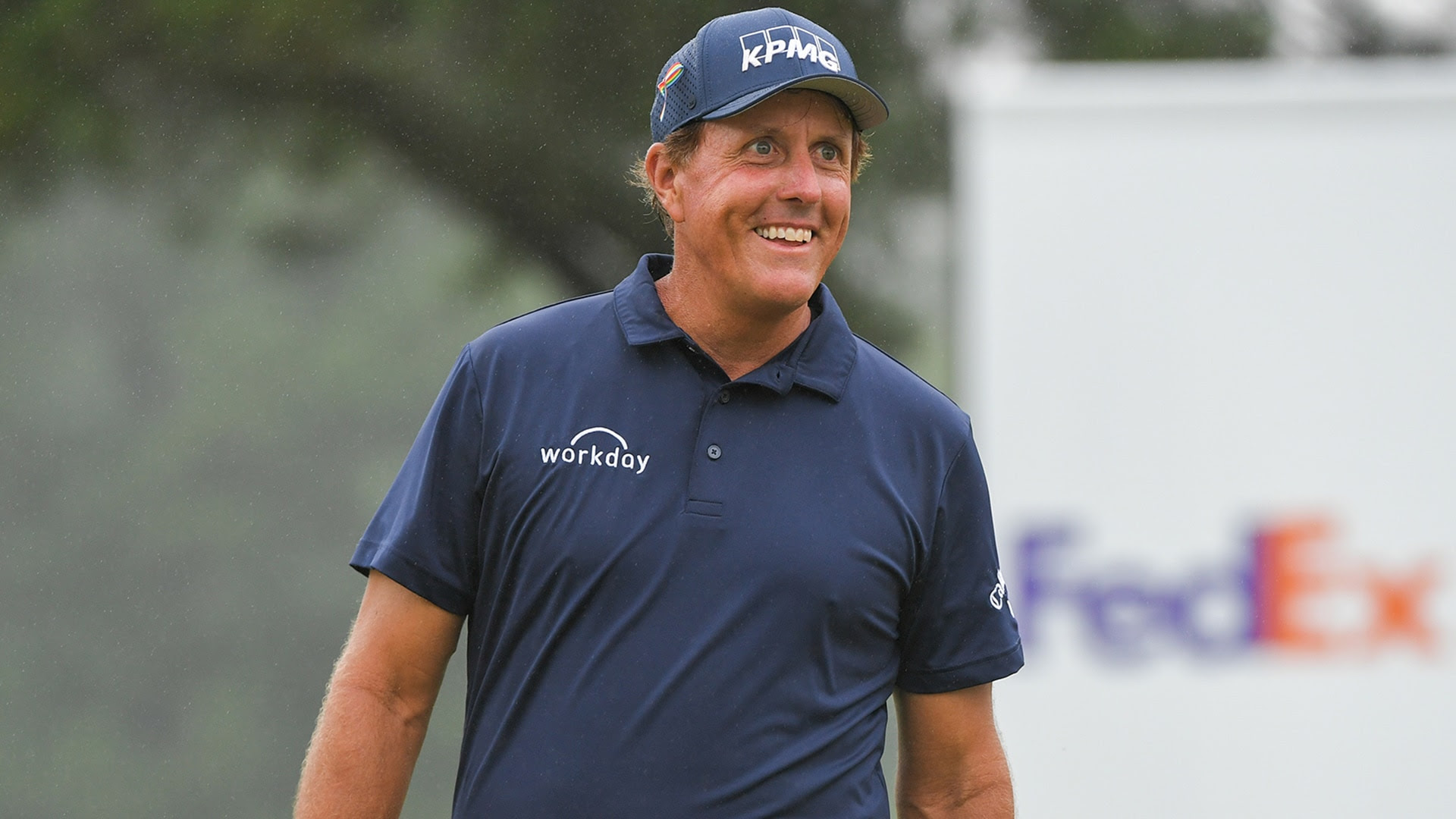 Mickelson turned back the clock this Sunday in his final round at the World Golf Championships-FedEx St. Jude Invitational, Phil Mickelson hit 9 of 14 fairways and 12 of 18 greens in regulation, and finished the day without a bogey. Mickelson finished the PGA Championship tune-up tied for 2nd at 10-under

A remix of Lefty’s shot made famous over the years

“We were between scenes, standing around, and someone came up with a bet. There was this really tall pine tree, and someone said to Phil Mickelson, “I bet you can’t put your shoulder against the tree, drop a ball and hit it over the tree.” The shot basically had to go straight up. Everybody threw in a hundred bucks. I think there was $1,200 in the pot. And he did it! When the ball was still in the air, Mickelson bent over, picked up the money, and put it in his pocket.”

–Cheech Marin (On the Set of Tin Cup)

At the ripe age of 50, Mickelson is attempting to become the first tour player to win a PGA event since Davis Love III won in 2015 at age 51 (Wyndham Championship).  Sam Snead is the oldest to win at age 52, in 1965 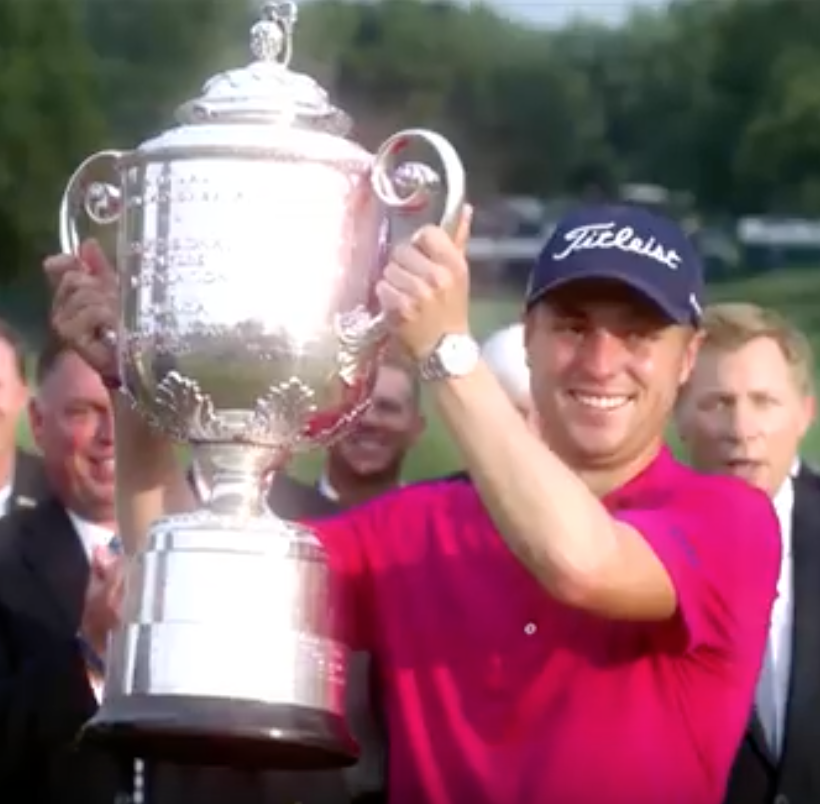 UNITED STATES–The 2020 PGA Tour season will feature some slight changes to the current FedEx Cup scoring system.  The tweaks are designed to encourage players to participate in as many sponsored tournaments as possible.  Top 10 finishes have a heavier emphasis this season and going forward.  The money is amazing, but keep in mind that players on tour pay for all of their expenses and must pay their caddies weekly, so all of the less seasoned and less wealthy members of the tour have to be equally as mindful of their expenses as the more veteran and established stars can pick and choose how they navigate throughout the season.  Players must finish in the Top 125 at the end of the PGA tour year (following the Wyndham Championship in Greensboro, NC) to qualify for the FedEx Cup Playoffs where the total bonus pool is $70M (an increase of $25M), including a $2M regular season bonus for the winner prior to the Playoffs, with the FedEx Champion earning $15M. 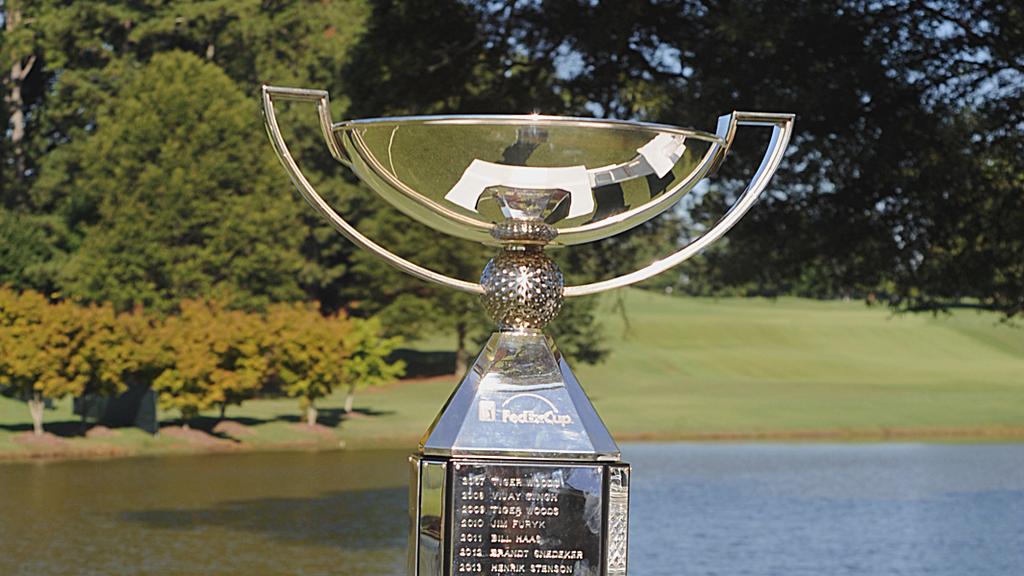 The FedEx Cup concept debuted in 2005 with its inaugural champion (Tiger Woods) crowned in 2007.  Rory MclLroy (2016)/(2019) and Woods (2007)/(2009) are the only multiple time winners with both claiming 2 titles each.  Changes are implemented every two years to keep the tournament fresh and increase parody.  This proved to be effective as immediately as 2008 when Vijay Singh had accumulated enough points through the first three playoffs events to guarantee that he would win the Cup without having to finish the final event.  The challenge and the requirements of the FedEx Cup has proven to have added greater exposure for younger up and coming players.

The FedEx Cup Playoffs events features a progressive cut, with fields of 125 for The Northern Trust (Liberty National Golf Club, Jersey City, New Jersey), 70 for the BMW Championship (Medinah Country Club, Medinah, Illinois) and 30 for the Tour Championship (East Lake Golf Club, Atlanta, Georgia), where the FedEx Cup Champion is determined. In the event an eligible player is unable or chooses not to play, the field is shortened and no alternates are added.  The Cup has featured a strokes based system (Starting Strokes) since 2019.  The points leader after the first two Playoffs events begins the Tour Championship at 10- under par.  The No. 2 player will start at 8- under and No. 3 at 7- under and so on (see FedEx Cup Overview above).   Notable winners in recent years include: Justin Rose (’18), Jordan Spieth (’15), Henrik Stenson (’13), Brandt Snedeker (’12), Jim Furyk (’10)

Green speed is a major factor in putting. No wonder turf managers and golf architects spend a lot of time focused on the putting surface to make the conditions perfect for golfing. There are a lot of ingredients behind a good green – smoothness, firmness, and uniformity, to name few.

The device that measures green speedsis called a stimpmeter. Basically, it measures the distance a golf ball rolls (in feet) from applying a known force. (a.k.a BRD – Ball Roll Distance). It looks like a little roller coaster – put the ball at the top, and see how far it rolls across the green.

“Stimpmeter”  is named after its inventor, Edward Stimpson. Stimpson invented it in 1935, after watching golfers who were flummoxed by the speed of the greens during the 1935 U.S. Open at Oakmont Country Club. The device wasn’t used in an official way by the USGA until 1976

Here is a table that USGA uses to classify the green speed on a course.

While fun to play, speedy greens can be pretty devastating. A perfect example is the greens at Oakmont Country Club, where the Stimpmeter was originally invented. With stimpmeter readings consistently around 14-15 feet, no wonder the winning score was 5 above par at the 2007 Open.

To see how truly fast greens can impact your putting, watch this crazy 3-foot putt (or click here to view) below.

So, what type of green you prefer?