In honor of the HP Byron Nelson Championship, I thought I would post a quick primer on Byron Nelson, one of the greatest golfers to ever walk the fairways of the PGA Tour. 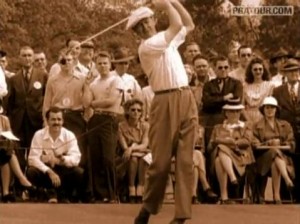 In 1945, Byron Nelson won 18 of 35 PGA Tour events (and finished 2nd seven times), including an 11 tournament win-streak. It’s a record that’s as unlikely to ever be matched or beaten as anything else in sports.

And while it receives less attention, Byron Nelson’s streak of 113 “cuts made” is second only to Tiger’s 145. The difference is that in Nelson’s era only the top 20 in a tournament received a check, which the current record books define as a “cut made”. So in reality, Nelson finished in the top 20 113 times in a row. END_OF_DOCUMENT_TOKEN_TO_BE_REPLACED 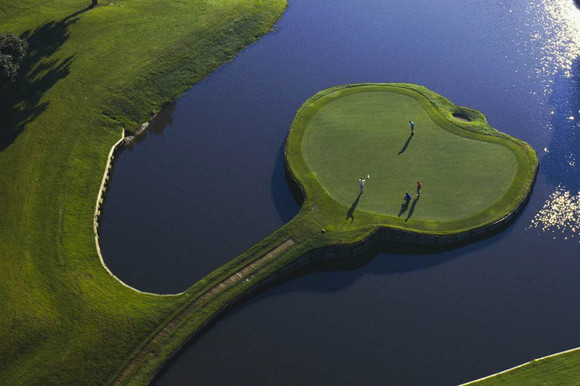 END_OF_DOCUMENT_TOKEN_TO_BE_REPLACED

Before there was a professional golf tour, many of the game’s greatest players earned money by competing in exhibition matches against each other. There was no better ‘exhibitor’ than Walter Hagen. A man with a larger than life personality and a grandiose lifestyle to match it. To draw the widest audience as possible, celebrities of that time would also join in on the competition. END_OF_DOCUMENT_TOKEN_TO_BE_REPLACED