While a lot has been recorded about Scotland and the history of golf, but long before St. Andrews existed a more primitive form of golf emerged in present-day Netherlands and Flanders in the 13th century. Colf, as it was called, was played with wooden clubs and balls.

The game was not played on an actual course, but was played in the streets, churchyards, and open fields. However, this sometimes resulted in the breaking of windows and the hitting of innocent bystanders. When this became a major issue, the game was banned from the towns and relegated to open fields.

The rules of the game are largely unknown, but a lot can be garnered from dutch paintings of the time. It was probably a team game with one target. The target could be a tree, a post, or even a hole, and the goal was to reach it in the fewest number of strokes.

In the 16th and 17th century, the Little Ice Age forced colvers to play on small frozen bodies of water. The colf ice fields were very crowded, so the nature of the game evolved from a distance oriented game to a more target oriented one. The conditions of colf during this time required specialized equipment, like Scottish cleeks and leather balls.

The popularity of colf dropped off by the end of the 17th century, and it was replaced by a French game called, jeu de mail (a bit like indoor croquet), and the indoor game of kolf. Kolf was a hybrid of jeu de mail and colf, and it is still played in one region of the Netherlands today.

St. Andrews, located in Scotland is widely credited as the birth place of golf, with the game dating back to 1400 AD. Though it is believed that stick and ball games have been around for many centuries, golf as we know it today, played over 18 holes, is clearly originated in Scotland. The word golf, or in Scots language gouf, is usually thought to be a Scots alteration of Dutch “colf” or “colve” meaning “stick, “club”, “bat”.

St. Andrews has seven courses – the Old Course, Castle, New, Jubilee, Eden, Strathtyrum and Balgove course. They all are magnificent, but the Old course stand far ahead of all because of its long history that dates back to 1552 (though no evidence is available when exactly the 1st round was played).

To win at St. Andrews is the Ultimate – Tiger woods

When the British Open is in Scotland, there’s something special about it. And when it’s at St. Andrews, it’s even greater – Jack Nicklaus

The Old Course originally had just 12 holes, but 10 of them were played twice for a total of 22 holes in a round of golf. That changed over the centuries until 18 holes became the standard at St. Andrews in the 1760s, and then not surprisingly that became the standard around the world. Designed by “Mother Nature” herself (the groundskeepers don’t even water the grass on the course, rather just mow it) the Old Course may not be the longest or the most difficult course but its’ charm and the atmosphere that surrounds it makes it truly special.

Each and every year, thousands of golfers make the pilgrimage to St Andrews in the hope of playing the Old Course. Being public, anyone can play on the St Andrews Old Course but you must have a handicap.  For men, their handicap cannot exceed 24, for women it is 36. Don’t have a handicap yet? Sign up for one here. You wouldn’t want to miss out checking this one off your bucket list! 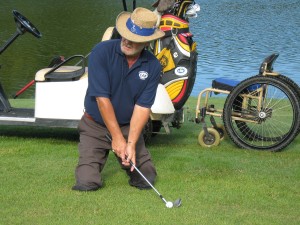 Mike Reeder, 63 years old, lost both of his legs in the Vietnam War. Instead of losing all hope after his accident which left him in a wheel chair, Reeder became an inspiration to golfers and non-golfers, alike. In 1988, eighteen years after his accident, Reeder found himself in a pro-shop and decided to pick up golfing. Since that day, Reeder has participated in amputee golf tournaments, both locally and nationally. He is an accomplished golfer, who has shot par, made a hole-in one, and has a golf handicap of less than ten.

Due to his one of a kind story, the Challenged Athletes Foundation (CAF), which provides disabled individuals with opportunities to get involved with sports, granted Reeder the honor of being featured on ESPN’s E: 60. In July of this year, CAF funded Reeder’s dream of playing at the Old Course at St. Andrews in Scotland, making him the first handicapped golfer to play where golf originated. END_OF_DOCUMENT_TOKEN_TO_BE_REPLACED

The game’s greatest players have all played St. Andrews at one point or another and it’s fascinating to see the stories each one has in developing respect for the birth place of golf. 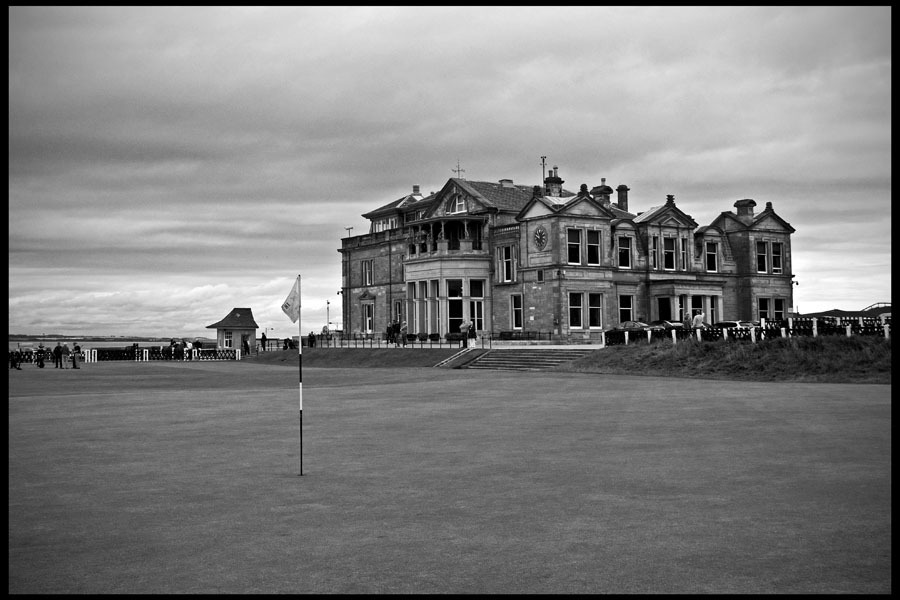 In a Sports Illustrated interview in 1970, Jack Nicklaus knew what it took to fully understand the greatness of The Old Course:

A golfer must play [St. Andrews] at least a dozen times before he can expect to understand its subtleties. If a player becomes irritated at the bad bounces and unusual things that happen at St. Andrews, forget it.

Two of golf’s greatest players have made the mistake of becoming “irritated at the bad bounces and unusual things that happen at St. Andrews” and have paid for it mightily in pride and in the press. END_OF_DOCUMENT_TOKEN_TO_BE_REPLACED