They say golf swing power is the result of three specific factors. The first 2 are more important than the third. Those three factors are: swing mechanics, golf strength (your fitness), and golf equipment. Here is the best example video we could get – Rory McIlroy getting all the 3 right. Watch this monstrous drive carrying the ball to 436 yards. It nearly missed Ian Poulter who was in the group putting on the green at the time.

McIlroy apologised to Poulter for nearly hitting them once he reached the green, and cheekily told him: ‘I only hit a three-wood’. 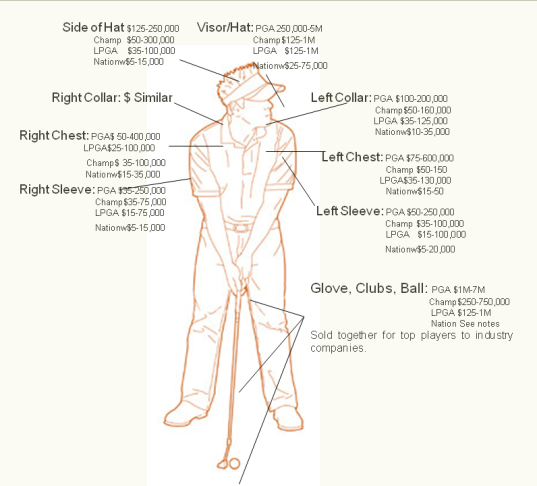 In association with Adidas Golf, the below jaw-dropping 3D anamorphic pavement art was painted by Joe Hill at last year’s Barclays PGA Tour. To add more spice, Sergio Garcia was present as a little promotion for adidas, preparing to “chip” out of a “bunker” at a “hole”. The painting reminds us of the Xtreme 19th hole in the Legend Golf, South Africa. But definitely an amazing one!

More than enough has been said and written about Tiger’s problems over the past two years. We thought we’d hide all the noise, and just share with you a great golf swing.

For more versions of Tiger’s swing, you can click here, here, and here.

I love this photo. It shows appreciative fans who want to see one of the greatest work his craft. This is how golf should be spectated…even today. END_OF_DOCUMENT_TOKEN_TO_BE_REPLACED

In a tournament earlier this year, Ian Poulter sprinted from the 17th tee all the way to the green, putted out, and then teed off on 18 while his playing partner Dustin Johnson was still on the green and Phil Mickelson’s group was just walking off the 18th tee.

By putting a ball in play on the 18th, Poulter and Johnson were able to finish their round even though the horn sounded to end play. If the horn had sounded while they were still playing the 17th, they would have had to show up for a 7:30ish tee time this morning, play one hole, and then hang around for a few hours to start their 4th round.

I think DJ owes Poulter a drink for getting him a few extra hours of sleep this morning.

Derek is a guest blogger on the Scratch Pad. To view more of his daily posts, visit 72strokes.com

When Gary Player says it’s the greatest swing of all time and when Lee Trevino says that’s the swing he would teach to his children, then that’s a swing to pay attention. We’re talking about Slammin’ Sammy, holder of the record for most wins on the PGA tour at 82 (or 83 as some proponents would contend).

Sam was always focused on Rhythm. He learned to play barefoot, which is perhaps his secret. There are many beautiful swing montages of Sam’s swing. Just watching them is enough to improve your game.

Sam Snead is perhaps best described by Jim Mclean, himself one of the best teachers in the game:

Some have said he was the greatest athlete ever to pick up a golf club. Some say he was the greatest player of all time. Some refer to his 81 victories on the PGA Tour, the most ever. Some say his shooting under his age in a PGA Tour event was the most amazing fact (a 66 at age 67). Some might argue it was that he shot 60 at age 71 on the challenging, par-72 Upper Cascades course. It’s hard to hang one tag on Sam Snead, but if I had to, I believe it would be “He had the sweetest swing in the history of the game”.

MyScorecard’s You versus the Pros performance report offers you the ability to compare your skill against your favorite PGA and LPGA professional.

But how good do you have to be to graduate from Q-School?

We’ve run the numbers for the 2010 PGA and LPGA tour season in terms of 3 of the most often tracked statistics: Driving Distance, Greens in Regulation, and Putting.

Averaging 315+ yards per drive, Robert Garrigus is far and away the longest driver on the PGA tour, with Bubba Watson leading the rest of the pack. But do you have to be a 300+ yard driver to be on the Men’s Tour? Not quite so. The vast majority of PGA tour players drive between 280 and 300 yards – but you’d better be at least 275 or longer if you want to play on the tour.

In contrast to the Men’s tour, it is the LPGA pros that lead in GIR accuracy. END_OF_DOCUMENT_TOKEN_TO_BE_REPLACED