A GLIMPSE OF THE PAST

A Tiger’s old form:  Woods captures the Masters for a 5th time in 2019

JULY 29, 2020 finds world’s no. 15 Tiger Woods at a cross-roads.  The once invincible golf titan is now aged 44, and while still  a top 20 golfer, Woods is as vulnerable as he has ever been in his decorated career.  While not quite as debilitated as the famed issues golf pioneer Seve Ballesteros faced in the 1980’s when the advent of spinal fusion technology had not yet manifested, Woods remains week-to-week almost regardless of result.  Win or lose, we are perpetually on “Tiger Watch.”  Woods continues to demonstrate these insane pockets of will power and steely perseverance to his fan base as well as to his peers, displaying  an obsessive mindset arguably never before displayed in the PGA tour’s mighty history.  One full of denials and unjustifiable reassurances that his best performance still lies right around the corner.  The essence of Tiger Woods’ will won’t let him fade away as he remains (when healthy) a real legitimate threat to those who have now surpassed him in skill and accomplishments in recent years. 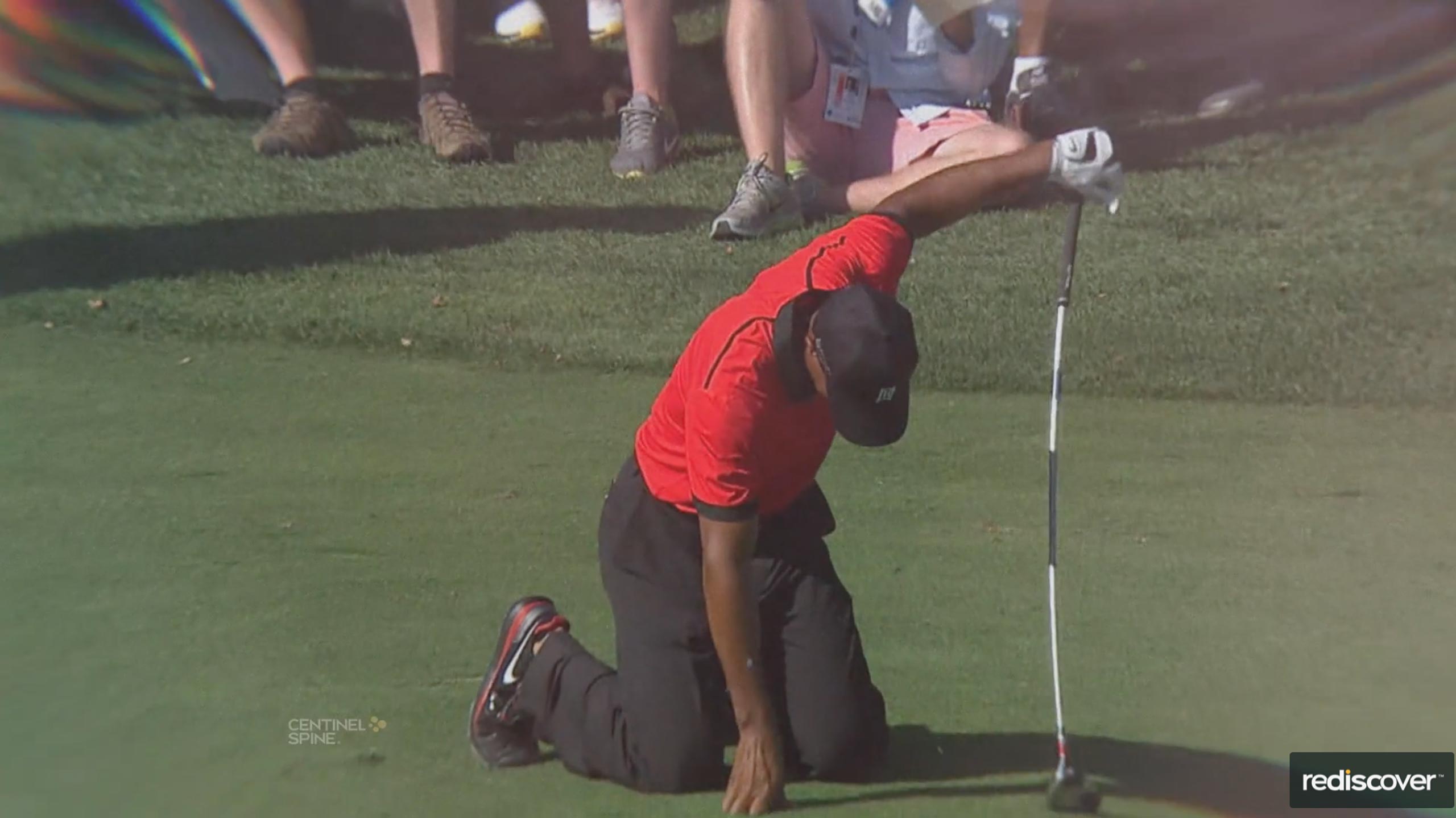 A Tiger’s new form?  How Woods musters the strength to chase after the record books is attributable to his indomitable will.  The latest from Vegas suggest that Woods is still considered amongst the favorites at the PGA (25/1) and Masters (10/1)

Once having a vice grip on the title of consecutive weeks at no. 1 (683) like a veritable golfing Superman, Woods finds himself having to navigate his seasons carefully, as the once prodigious and physically gifted golfer decays with age.  From his years of “*Kal-El”-like solitude with the game of golf and his father, to the rigorous military-style regiments that lead to increased pressure on an already fragile left knee, that lead him further racing towards the eye-squinting, head turning spinal procedures in recent years, Tiger is now forced to crouch and survey before assessing any of his next moves.  The nature of this version of Tiger is no longer that of an approaching predator fuming with arrogance and aggression, rather one that is forced to be more calculating as his physical attributes over his domain begin to fade.  Every tournament must be calibrated for its intrinsic value towards his legacy.  Woods’ level of fragility is almost a primary guide for his real-time decisions as a strong 36 hole performance in any tournament can quickly evaporate into a back tightness so stiff that his drives off the tee become feeble as they drift and falter while walking from hole to hole becomes an increasingly visibly laborious display of discomfort compounding his efforts.  His exit at the Memorial humbled many expectations for the PGA Championship and sent Woods back to the drawing board.

The Greatest Golfer of All-Time?  There will be plenty of work for the 5-time Masters Champion to do before that claim is universal.  Here is a fantastic trip down memory lane.  A look back at Tiger Woods’ prowess in his prime

With his position already secured in this season’s FedEx Cup Playoffs, Woods bypassed last week’s 3M Open and instead decided to focus on the PGA at Harding Park in San Francisco (Aug. 6-9).  The questions will remain if he has the physical capacity to compete with the class of today’s current crop of golfers all of whom grew up witnessing the once phenom and sports giant.  While the skill and moxy still glimmer, the physical tools will carry on under constant scrutiny.  The idea that Tiger Woods is finished, however is far over stated.  With a win at the Championship, Tiger never far removed from the next record, would clinch the most tour victories in history (83) and would also notch his 16th major.

*The name that shows up in statistics as Kalel is usually written “Kal–El,” after Superman’s birth name in the comics. “Kal–El” is Superman’s Kryptonian name, which resembles the Hebrew words קל-אל, which can be taken to mean “voice of God.”  Superman is partially known by intimate fans of the fictional character for his time spent in seclusion for rest, recovery and strategy in his “Temple of Solitude”