Former 7-time NBA All-Star and Miami Heat legend, Alonzo Mourning has been hosting Zo’s Winter Groove every January dating back to 2000.  The event focuses around issues and topics that are relevant to today’s youth.  The Winter Groove builds off of celebrity panelists in discussions, a health and wellness day, along with a weekend loaded with golf and physical activity

MIAMI, FL–Alonzo Mourning is a sense of conviction.  The 2014 Naismith Hall of Fame inductee and current NBA executive has spent most of his “retired” life donating to his community and has pushed his love for the game of golf as a vehicle to lead others towards helping shape the social and economic causes that affect today’s youth.  In 1997, Zo founded the Mourning Family Foundation, a nonprofit organization that focuses on youth development through advocacy, education and enrichment .

Mourning took his love for the game of golf and incorporated it into his various causes in 2000 by organizing the Zo Celebrity Golf Classic which he host every January in Miami.  The event draws various celebrities, local business members, and public officials who aim to help improve the many youth development programs that Mourning champions including the Overtown Youth Center and Honey Shine programs that are safe havens for the uninterrupted expansion of extracurricular activities and continued education. 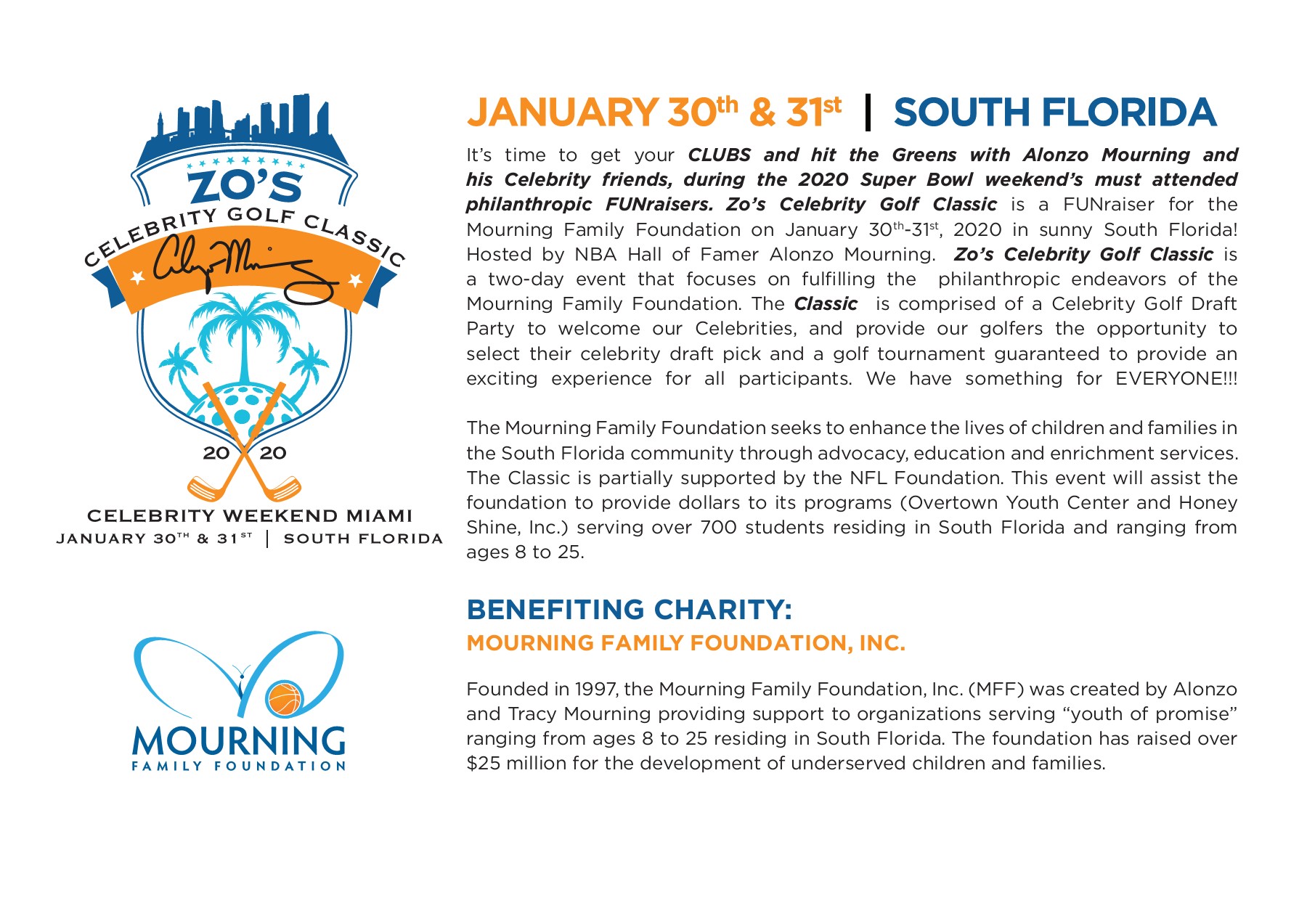 The former Georgetown Hoya great averaged 21.3 points, 10.7 rebounds and a whopping 5 blocks per game his senior season propelling Mourning to being selected 2nd overall in the 1992 NBA Draft by the Charlotte Hornets.  His professional career continued to be decorated with accolades throughout but really heated up when he was traded to Miami during the 1995 offseason where he won Defensive Player of the Year in back-to-back seasons (1999-2000) and also signed a mega 6 year $105M contract.

Following a brief sabbatical in New Jersey in 2003 and 2004, Mourning returned to Miami for a second stint in 2005 where he won an NBA title in 2006.  After declaring that the 2007 season would be his last, Zo tore his patellar tendon in the winter of that year and was forced to bow out on December 17th after 15 seasons as a professional.  Mourning immediately turned his focus and energy towards his adopted community of Miami-Dade County directly after his retirement.

In 2009, 6 FT ’10 Alonzo Mourning was listed as one of the tallest celebrity golfers in the world.  Although he holds a massive advantage with his size and length his mechanics are still awkward and he naturally tends to overcompensate with his strength on his drives off the tee

THE WARRIOR AND ADVOCATE 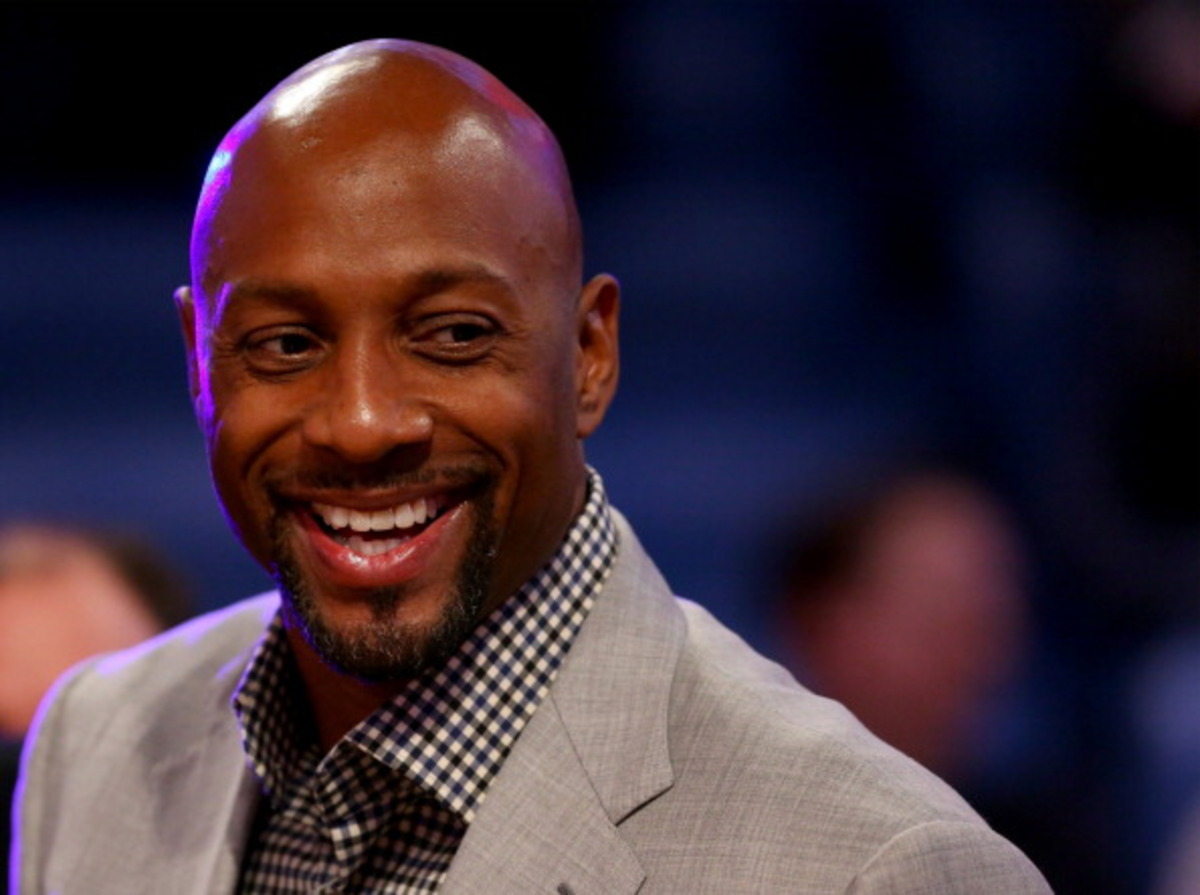 Alonzo Mourning is also famous for his bout with Focal Glomerulosclerosis, a rare kidney disease that is the result of the scarring of the kidneys’ tiny blood vessels, the glomeruli, the functional units in the kidney that filter urea from the blood.  The scarring disturbs the filtering process of the kidneys and allows protein to leak from the blood into urine.  In 2003 Mourning required a kidney transplant to save his life. “For me to come out of this the way I’ve come out of it and to win a world championship and overcome all those obstacles, and obviously you look at it from the outside, looking in and say, “Wow, that’s an incredible story.” … But in essence it is. And a lot of the reason why I came out of it and I think the reason why … is to help change the lives and inspire others to overcome and not to succumb to what they might be dealing with.” 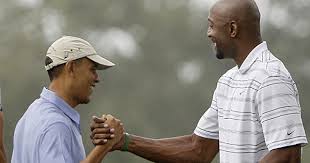 Rubbing shoulders with Presidents is nothing new for Zo as he has also golfed with former President Bill Clinton.  Here he participates in a foursome that included 2-time NBA champion and legendary sharpshooter Ray Allen as well as the 44th U.S. President Barack Obama in 2015 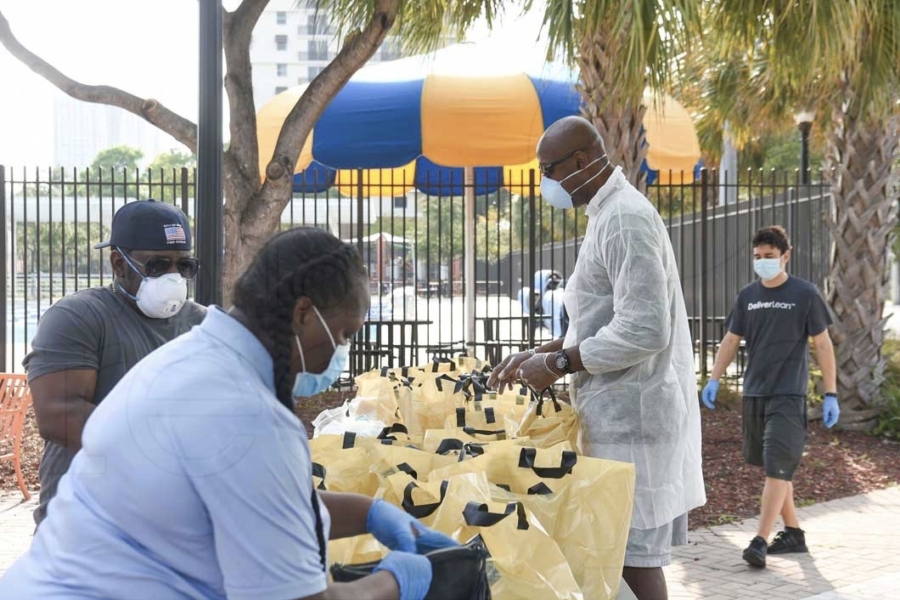 April 20, 2020 –Mourning and  DeliverLean launched an expansive food drive initiative to collect non-perishable food items from South Florida homes in order to expand distribution locations with community partners so they can reach more families in need during the novel coronavirus pandemic

Even throughout the Covid-19 pandemic that has paralyzed public services and put increased strains on charitable organizations, Mourning continues to forge on for the residents in the Miami-Dade region.  Zo’s organized food drives have been a staple and has expanded dramatically over the years, encouraging other prominent members of the Miami-Dade region to contribute to their community.  This summer, Mourning was able to bring the newly formed Inter Miami CF into the good graces of the people through his program with DeliverLean and other companies that helps donate meals to roughly 400 families a week.

With a long a decorated career at his back and a massive responsibility to fulfill his community’s promise ahead, Alonzo Mourning continues to move forward for the people of the Miami-Dade community.

THE MOURNING AFTER A CHAMPIONSHIP