This was to be the week. Masters 2010 was Tiger’s opportunity to make amends. In his words, he would be more respectful of the game and more appreciative of those who have supported him. Early in the week, a softer Woods was freed up around the press, he was reportedly more generous with the patrons, and he smiled – often. The collective golf world breathed a sigh of relief as the 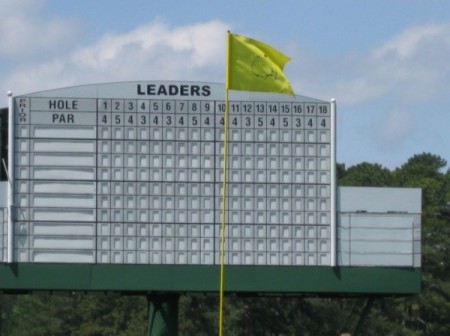 beating heart of our game strolled around the grounds at Augusta with a seemingly contrite and humble outlook on golf and life. Yes, the new Tiger appeared tuned-in to the world outside of his Nike cap. Perhaps he really got it – he’d dragged us all down with him, and now he’d returned to pull us all back up. This was a promising start.

We watched Tiger on Thursday afternoon, and at times we were once again amazed by his golf. But no one ever really questioned his ability to show up and hit a low rope hook around a tree. What we sought was a Tiger we could get behind not for the shotmaking but for the example of reconciliation and humility. For once, we wanted a Tiger that was more than simply an astonishing golfer. But as the week progressed, Tiger regressed. He was back to business as usual in the media room, back to using his cold stare to put distance between him and anyone who might encroach. Then came Sunday afternoon at Amen Corner. END_OF_DOCUMENT_TOKEN_TO_BE_REPLACED

As far as I could tell, Walter was Birkdale Golf Club’s Boo Radley – mysterious, detached, reclusive. He seemed to live among the woods of North Carolina pines, or maybe in the pond beside the second green, rising up out of the stagnant water every morning dressed in rubber coveralls with attached boots. I’d spot him in the strangest places – rummaging through the dense underbrush beside the 3rd fairway, or crouching across the swampy, snake-infested muck to the right of the 13th hole. He would hold a KJ Choi SuperStroke putter grip-sized cigar in his teeth as he slunk through the shadows of the property. He never made eye contact, he never talked, but he was always there. END_OF_DOCUMENT_TOKEN_TO_BE_REPLACED