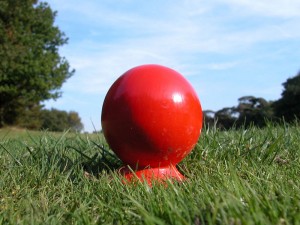 Recently with some of my closer friends at school I have been able to convince them to do this. During these “practice rounds” I have started to notice something more and more… there have been a lot of smiles, laughter, and good vibes throughout the round. With my golf game I have noticed more improvements with my swing and ball contact. Something has just clicked, and all the lessons I have had at school I am starting to feel the difference in my swing and contact with the ball.

One friend who used to throw his club would go flying across the fairway and into some bushes now has started to say “I hit that shot really well”. (I never understood the throwing of clubs anyway. It’s not like it helps you with your next shot, in fact I feel it just helps to steam roll you further into decline.)

I have broken 80 the last few rounds I have played. It has been very exciting, and to think 5 months ago when I started school my rounds were usually 117 . I have tracked my progress and stats using MyScorecard and along the way have set goals for myself. Instead of looking at PAR 72, each round I had my own PAR… so when I broke a 100, my next goal was to be in the 90′s. Once I broke 90 I would shoot to be in the 80′s.

The main lesson that I took away from this was that by playing forward, it removed some of the pressure to smash a long drive and allowed me to focus on my shot making and good contact. It proved to be a great experience.

If I were to teach someone to golf today, after the basic fundamentals, I would start them out at 100 yards and as they progressed move them back the fairway in stages to the tee box.