Whether on the green or a cart path, there will be many times during a round where you have the option of lifting and replacing, or lifting and dropping, your ball. Surprisingly often, these are done incorrectly. Below we have included a few notes to help you take full advantage (correctly) of lifting, dropping, and replacing your ball.

There are just a few important points to remember about lifting and replacing: Lifting and Dropping

There are a few differences between lifting & dropping and lifting & replacing: 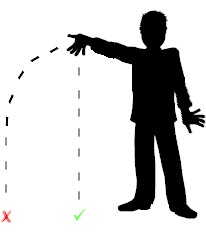 For More Information
For further details on lifting, dropping, and replacing the ball, take a look at Rules 20, 21, & 22 in the Official Rules of Golf. The above article is meant to help clarify some of the basics about the rules of golf. If the above comes into conflict with local rules or the USGA, the latter two should always be taken as correct.